17 trailblazing women and five college students were honored by the Women Tech Council. The 2014 Women Tech Awards recognizes women with ties to Utah who are changing the face of technology. Along with these women, eBay Inc. was awarded The Impact Award for its exceptional work advancing women in technology. This year’s recipients join a list of more than 100 women who have been honored for their leading-edge contributions to technology over the past 7 years. Finalists are selected by an elite committee composed of women and men in technology industry, venture capital, government and professional communities.

“It is an honor to recognize these women whose innovative ideas and actions are opening the doors for future generations to make a difference in the technology industry,” said Cydni Tetro, Executive Director of the Women Tech Council. “These role models demonstrate every day that women are leading the path in this field. My hope is that more young women across the nation become inspired by these accomplishments to pursue STEM-related courses and careers.” 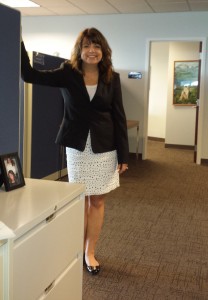 Sue Nowicki, engineering director at Northrup Grumman, was among 27 women to be recognized for their business acumen and community spirit at the recent Buffalo Business First Women of Influence Awards. Nowicki was honored in the Corporate Executive category, which recognizes female executives who have made their mark in a large corporate environment. She has worked at Northrup Grumman for over 25 years and leads an engineering department that develops threat emitter simulators for pilot training.

“I am truly honored to receive this recognition,” Nowicki said. “I am fortunate to be able to work with so many brilliant people and do such extremely interesting and challenging work. I love that I’ve been able to contribute to a company whose mission is to support our military and keep them safe. To be recognized for my contributions is very special to me.”

Throughout her career, Sue has shown a commitment to education and dedication to helping area students become interested in engineering and related fields. She current serves on the Dean’s Advisory Council for the University of Buffalo’s School of Engineering and Applied Sciences and is also a member of the STEM board at the Buffalo Academy of the Sacred Heart.

“Sue has most definitely made her mark at Northrop Grumman and is truly deserving of this recognition,” saidJoe Downie, site director, Amherst Systems business unit, Northrop Grumman. “She brings energy and enthusiasm to everything she does. As a leader in our organization, she has consistently displayed an ability to collaborate and innovate to support our mission and ensure success for our customers.” 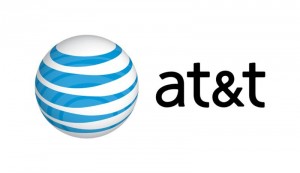 Under Lee’s direction, total U-verse revenues grew 25% in the second quarter this year and U-verse is the fastest growing product at AT&T. Where available, U-verse subscribers are more satisfied overall when compared to cable’s video and Internet subscribers. U-verse recently received three Women’s Choice Awards® as “America’s Most Recommended Brand among women for Broadband, Television and Phone Service.” And AT&T U-verse TV was named 2013 Video Company of the Year by Frost & Sullivan.

“This is an honor that really speaks to the strength of AT&T,” Lee said. “We’re passionate about connecting people with each other, information and entertainment at home, work or on the go. And we’re doing it with a customer experience that stands apart from others. The real power of AT&T is in our diversity, great opportunities and a shared commitment to deliver the future first. More than 83,000 women working at AT&T are leading innovation and technology, and transforming how we connect with our world.”

The Most Powerful Women in Business list is compiled by Fortune editors who consider four criteria: the size and importance of the woman’s business in the global economy, the health and direction of the business, the arc of the woman’s career and social and cultural influence.

Alisa Harewood, head of the office of the CEO at Tata Technologies, teaches the meaning of STEM (science, technology, engineering and math) to a young student at Clark Preparatory Academy in Detroit, Mich. (PRNewsFoto/Tata Technologies)

Detroit Lions, Athletes for Charity and Tata Technologies are partnering to launch a STEM program at 2 Detroit Public Schools. The program aims to improve learning outcomes and student interest in STEM, while also developing their skills in reading and writing, creating pathways to success in post-secondary education and 21st century careers.

Two schools have been selected for the inaugural launch of the STEM Youth Literacy Program: Clark Preparatory Academy and Dixon Educational Learning Academy. The curriculum will include monthly STEM book distributions to students by various Detroit Lions players.  Both Detroit Lions players and Tata Technologies staff will volunteer to serve as STEM Readers.

“The demand for skilled workers in science, technology, engineering, and math is on the rise while the availability of qualified applicants is on the decline because students are not pursuing degrees and careers within the sector,” said Alisa Harewood of Tata Technologies, a global engineering services company with North American headquarters located in Novi, MI.

“Our partnership with Tata Technologies and the Detroit Lions represent an innovative way to fuse the nonprofit, corporate and sports sectors, to motivate students in the areas of STEM,” saidCathleen Laporte, founder and president of Athletes for Charity.

Detroit Lions Safety Don Carey is a founding member of the program and serves as a liaison to the team.  Invitations have also been extended to the Detroit Tigers, Detroit Pistons and Detroit Red Wings players to join the team as STEM supporters.

Additional supporters include The Helen L. Kay Charitable Trust and support from athletes such as Detroit native Anthony Adams, a retired nine-year NFL veteran who most recently played for the Chicago Bears. Adams currently serves a as a host of Inside the Bears. NASA’s Apollo Spacecraft was cone-shaped and had no wings, yet it was able to fly, including some ability to change direction and speed.  Learn more about the science and engineering of Apollo’s flight thanks to Amy Shira Teitel:

We all know that kids are hooked on technology — especially smartphones and tablets — but a recent survey conducted online by Harris Poll on behalf of Pearson shows that 90% of the kids believe that tablets will change the way they learn in the future and 89% believe tablets will make learning more fun. This could be good news for schools looking for better ways to use technology with their kids — especially since tablets can be more affordable than full laptops or computers.

Interestingly, 1 to 1 computing and high speed Internet access is still a challenge for schools. While using and owning a mobile device is growing among students, only 62% have wireless access at school versus 93% who have wireless access at home. Only 16% of students attend a school that provides every student with a laptop or tablet.

“This year’s study findings show a high level of optimism, engagement and confidence with mobile devices among U.S. students,” said Douglas Kubach, president, Pearson’s School group. “While we are seeing consistent growth of mobile device use among students for school work, a gap still exists between home and school access, preventing many schools from taking full advantage of the digital learning technologies available today that can be instrumental in improving educational experiences for students.”

It looks like there is an opportunity for app developers to continue to work to improve educational offerings on tablet devices. 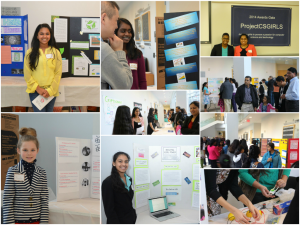 One important aspect computer science and technology, and especially in showing how they are useful to girls, is in how effective they are in solving and mitigating social problems. ProjectCSGIRLS challenges girls to actively use computer science and technology to develop a solution to an imminent social problem in one of three themes — global health, a safer world and intelligent technology.

2014 was the first year of ProjectCSGIRLS and was limited only to students in VA, DC and MD.  Unlike the 2015 event, which is open to all US middle school girls, 2014 did not require applicants to build their projects, only to conceptualize them. 2014 reached over 100 girls with the awards gala drawing over 130 attendees of students, teachers and industry leaders.

For 2015 there will be finalists, state winners, regional winners, national winners and grand prize winners.  All winners state and above will be invited to the two-day national gala event to interact and network with leaders in technology, tour top tech companies and startups in the DC area, and participate in a formal awards ceremony recognizing their efforts and announcing the 3 grand price award winners from the national winners.  All winners will receive an awards package and be recognized on the ProjectCSGIRLS website.

Judging will be based on originality, demonstration of technical knowledge, creativity, impact and clarity.  Girls will submit their project via the submission portal which opens in January 2015. Results will be released mid March.

For more information on the competition or on how to volunteer or partner, see the 2014 ProjectCSGIRLS website. 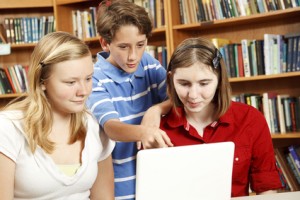 One of the best ways to get kids interested in STEM fields is to include them in hands-on activities that let them get a real feel for the creative processes that go into STEM problem solving. The Verizon Innovative App Challenge is calling teams of middle school and high school students to dream up and create concepts for mobile apps that could solve problems in their schools and communities.

One of the winning teams from last year, which was an all-girl team, developed an app called Hello Navi, which assists visually impaired people who are trying to navigate inside buildings — the app was inspired by a blind classmate. Maggie Bolando, the girls’ team advisor, said “The Verizon App Challenge shows what regular kids can do if you challenge them to problem solve and believe in them. Before entering the App Challenge, I never dreamed my students would develop an app that would earn such recognition – they were even invited to the White House Science Fair and demonstrated their app in person for President Obama.”

Created by the Verizon Foundation in partnership with the Technology Student Association, The Verizon Innovative App Challenge encourages students to develop ideas and concepts for mobile apps.  Judging is based on whether the ideas solve challenges in the students’ communities, include STEM principles and are creative, unique and innovative.

The deadline for submission is November 24th and winners will be announced in January 2015.  Students do not need any coding or mobile experience to enter. Eight teams will be named Best in Nation with rewards of $20k each and new Samsung tablets for each team member.

Register or learn more at verizonfoundation.org/appchallenge.

While most of us might agree that kids today are more comfortable with technology, that doesn’t mean they know how to leverage it or use it for professional or business reasons.  Webucator, a national training company, is providing free technology training to high school students. Included are a wide range of self-paced courses including web development (HTML, CSS, JavaScript, etc.), Microsoft Office and more.  These are the same courses that are sold to companies and organizations.

To register for  course:

Who says you have to be an adult to invent something useful? 13-year-old Shani Zuniga, together with her father, Gabi, and their neighbor Danny Eizips have created a cloud-controlled home heating and cooling device called Ventix. Unlike Nest, which controls the overall climate in the entire house, the Arduino-based Ventix can be used to control the climate in each individual room by opening or closing individual air vents.

For the Disrupt SF Hackathon, Zuniga enlisted his 13-year old daughter, Shani, as the designer for the app that controls the entire system.  While she’s been learning to create graphics for awhile now, this was her first ever hackathon.  Shani designed the entire app for both iPad and iPhone and is now working on one for Android.