Interview with Valerie Woolard, who is a Software Developer at NationBuilder. She’s also been a Search Quality Associate at Google and interned at McSweeney’s as an assistant editor, fact checker, copy-editor and journalist. Find her at http://www.valeriewoolard.com/

Music is Light Emotions by MIGmusic.

Other Women In STEM podcast episodes:

Google has created the CS Engagement Small Grants Program to support educators teaching introductory computer science courses in reaching their engagement and retention goals. Unrestricted gifts of $5k will be given to selected applicants’ universities.

All educators who are teaching CS1 and CS2 courses at the post-secondary level are encouraged to apply — applications will be accepted through November 15, 2014 and will be evaluated on an ongoing basis. Please check out the Call for Proposal.

While the overall number of students in introductory computer science courses continues to climb, the number of students who go on to complete undergraduate degrees, especially among women and minorities is not as high. Recent findings show that retaining students after their first year in a CS program is still an issue. One of the strongest factors in retention is early exposure to engaging courses and course material, which are meaningful and relevant to the student’s life and encourage student-to-student interaction.

Student enrollment in college-level math, science and English courses boosted by more than 50,000 in the 2013-2014 year due to the National Math and Science Initiative (NMSI). NMSI, which is working in just 566 schools, also raised the number of Advanced Placement qualifying exam scores by more than 18,500 exams, representing 13,000 additional students who are better prepared for college after this past school year. These 566 schools would have otherwise increased their qualifying exam scores by fewer than 1,400, representing about 1000 students. 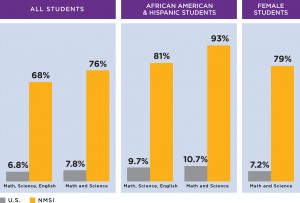 “Earning a college degree is the single most important factor influencing economic opportunity and social mobility for our young people, and introducing high school students to a more demanding curriculum is a critical component to prepare them for success down the road,” said Sara Martinez Tucker, CEO of NMSI. “We are making measurable, sustainable and scalable progress in improving college readiness among our nation’s students.”

Since 2008, NMSI’s College Readiness Program has been implemented in more than 620 schools across 26 states and the District of Columbia.

NMSI, a non-profit organization, was launched in 2007 by top leaders in business, education, and science to transform education in the United States.

It’s pretty commonly known that plants use photosynthesis to make food/energy, but do you know how it works? The Amoeba Sisters break down this complex issue into this fun video: 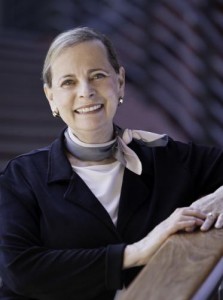 Lucy Shapiro, professor of developmental biology at Stanford University School of Medicine, will receive the 2014 Pearl meister Greengard Prize, which celebrates the achievements of outstanding women in science, from The Rockefeller University. Shapiro’s work in developmental biology illuminated the mechanisms that control the differentiation of cells in all living things, from the simplest organisms to the most complex.

“The Pearl Meister Greengard Prize spotlights the extraordinary role women play in the sciences,” said Nobel Laureate Paul Greengard, who is Vincent Astor Professor and head of the Laboratory of Molecular and Cellular Neuroscience at The Rockefeller University. “By highlighting the work of today’s most accomplished female researchers, we hope to show young women that not only is it possible to succeed in the STEM fields, it’s possible to change the way we see the world. Dr. Shapiro’s work is exemplary of that premise.”

Greengard, along with his wife, sculptor Ursula von Rydingsvard, founded the Pearl Meister Greengard Prize in 2003, named in honor of Greengard’s mother, who died during his birth. Greengard dedicated his Nobel honorarium to provide the seed funding for what he envisioned as a yearly salute to women’s accomplishments in what remains a male-dominated field. Over the past 11 years, a generous group of University donors has joined the Greengards in support of the Prize.

“It is a great honor to receive an award that recognizes the contributions of women in science and highlights our presence in the wonderful journey of scientific discovery,” Shapiro said. “All science, now more than ever, is a collaborative effort and through the years I have shared the rich experience of gleaning scientific insights with a cadre of women and men of amazing abilities.”

Winners of the Pearl Meister Greengard Prize, who receive a $100,000 honorarium, are selected by a committee of ten extraordinary scientists, five of them winners of the Nobel Prize.

The Pearl Meister Greengard Prize ceremony is open to the public, but registration is required. For more information, please visit greengardprize.rockefeller.edu. 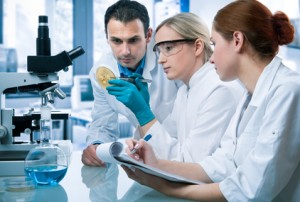 Teams of community college students with a faculty mentor and a community or industry partner are encouraged to submit their proposals for innovative STEM-based solutions to real-world problems within one of the following themes: Bid Data, Infrastructure Security, Sustainability (including water, food, energy, environment), Broadening Participation in STEM, and Improving STEM Education. This challenge furthers NSF’s mission by encouraging students to discover and demonstrate their capacity to use science to make a difference in the world and to transfer knowledge into action.

The National Science Foundation (NSF) recognizes the important role community colleges play in workforce development and the future of science research in the United States. Community colleges are a vital part of the scientific research pipeline, training technicians who become an integral part of research efforts and students who go on to continue their education at four-year institutions, especially in underrepresented groups.

Up to 10 finalist teams (2 from each theme) will be invited to attend the Innovation Boot Camp, a professional development workshop on innovation and entrepreneurship. Each team will receive $500 to further refine their idea and compete in the final round of competition. Travel, room and board costs associated with attending the Innovation Boot Camp will be paid for team members and faculty mentors.

For more information or to enter, visit the NSF Community College Innovation Challenge.

Pitch your speaking idea to the 2015 IEEE Women in Engineering International Leadership Conference (WIE ILC), which will be held April 23-25, 2015 in San Jose, CA. This year’s theme is Lead Beyond. Accelerating Innovative Women Who Change the World. and the conference will be focused on leadership, innovation and entrepreneurship.  Conference attendees include 400-500 female engineers, technology professionals, managers, executives and academics from around the world.

IEE Women in Engineering’s mission is to inspire, engage and advance women in engineering through over 500 affinity groups and 15,000 members around the world. IEEE WIE works to transform the lives of young girls and women around the world through pre-university outreach, technical seminars, humanitarian projects, networking events and educational programs.

Presentations will be considered for 1 of 4 tracks:

Deadline for speaker proposals are September 30, 2014.

To apply, or for more information, visit the IEE Speaker Pitch Form. 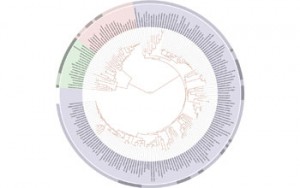 Over the past decade, increasingly detailed knowledge of the evolutionary patterns and processes of life on Earth has been gained — as has the knowledge of how much more there is to be learned.

“All species alive today, and all that have lived on Earth, share at least one thing in common–a phylogenetic history,” says Maureen Kearney, GoLife program director in NSF’s Division of Environmental Biology.

The National Science Foundation (NSF) has awarded $7.4 million in its first Genealogy of Life (GoLife) grants, supported by NSF’s Directorates for Biological Sciences and for Geosciences. Aiming to resolve the evolutionary history of all species’ lineages (living, extinct, and poorly known), the new GoLife program seeks to synthesize as much data as possible to create a unified knowledge base for comparative research.

GoLife awards will advance the understanding of how new species evolve; how extinctions have happened throughout time; how present day species adapt to changing environments; and of biogeographic and ecological patterns and processes. The first round of GoLife awards support studies of terrestrial vertebrates, poorly known and ancient groups of fungi, and microbes.

Plants are true survivors. The entertaining Amoeba Sisters explain plant structure and how plants adapt to survive in different environments, as well as three reactants important for photosynthesis and how plants obtain them.

NCWIT’s (National Center for Women & Information Technology) Award for Aspirations in Computing is now open for applications to any US high school woman with computing aspirations. Recipients will be chosen for their outstanding aptitude and interest in computing, proven leadership ability, academic performance, and plans for post-secondary education.

National Award recipients will receive $500 cash, a laptop computer, a trip to attend the Bank of America Technology Showcase and Awards Ceremony, an engraved plaque, and networking opportunities. All award recipients will receive recognition at an award event, scholarship and internship opportunities, access to a peer community of technical young woman and various other prizes. Recognition is sponsored at the national level by Bank of America and at the local level by Microsoft.

“This award is a huge stepping stone,” said NCWIT CEO and Co-founder Lucy Sanders. “The recognition and visibility that these young women receive lead to educational and workforce opportunities in technology, encouraging them to persist in one of the fastest-growing and most stable fields. We are excited to support these young women as they continue on their paths to success.”

Encouraging female students is a driving factor to how likely they are to complete a computing major/minor and to choose a computing career. NCWIT’s award has encouraged thousands of young women since its inception in 2007. More than 13,000 young women have self-identified as interested in computing and technology, and 83% of participants now in college report a major or minor in traditionally male-dominated STEM fields.